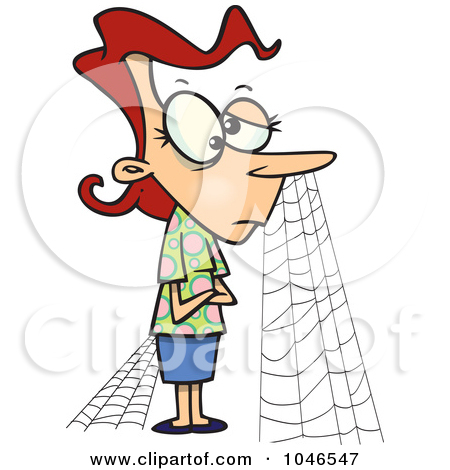 Episode 131: Blowing Away The Cobwebs.

Today my mind was too full of worries and niggles and I was feeling a bit het-up. The weather was dreary and grey, although dry, and I was moping about totally unmotivated…

As food is never far from my mind, I asked Mr Grump what we were going to have for dinner tonight. I was not impressed with his suggestions, and tried to persuade him to do our grocery shopping today instead of tomorrow whilst I stayed at home.

Well he wasn’t having that. He insisted that we all go shopping and that we walk the  3 mile round trip, as it would do us all good to get some exercise. Surprisingly Miss Hap was up for it, but I tried to get out of it, However, I realised that if I wanted something nice for dinner then I would have to go with them.

So off we trotted. Actually it was quite nice, as we kept off the main roads and used the little footpaths that cut through a large wooded area. We kept up a brisk pace and chatted throughout the journey, so it was rather pleasant.

In no time at all we were wondering around the supermarket. Miss Hap and I browsed through some craft magazines, and a knitting one caught her eye. Funnily enough, I was thinking today how I would like to take up knitting again, as I hadn’t done anything for ages. Also I can actually knit (unlike my dressmaking attempts, where I try  – but fail). I bought the magazine which included a pattern for some knitted monkeys plus the wool to make it with.

Once we had bought everything we needed, we headed back home. This time the walk was not quite as pleasant. For a start, the wind had kicked up, and about 10 minutes in, the rain started falling. This coupled with the heavy bags (stupidly, we hadn’t considered carrying the shopping all the way back) made the trip a little more challenging!

Everyone was pleased to get back home in the warm, and once we had dried off and sorted ourselves out, I started to knit one of the little monkeys…I could feel the stress melting away. 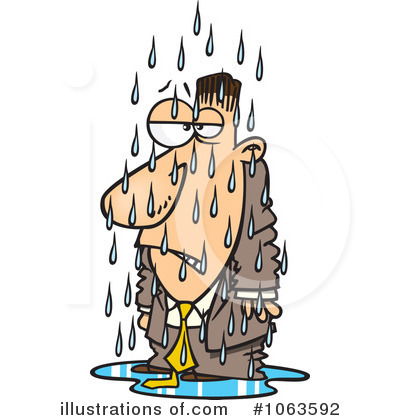 Episode 55: Raining on My Parade….

I was feeling a little heavy-headed when I got up yesterday; not really ‘with-it’, and lacking in energy and enthusiasm. Looking outside didn’t help matters either; grey, damp. miserable, just like my mood actually!…

I had wanted to try to do a bit of Christmas shopping, you know, be organised for once. Usually it is a maniacal, crazed dash around, last-minute panic buying , competing with the rest of the no-hopers who have disorganised lives. Not this year…I’m going to be one of those annoying people who have wrapped everything up (both figuratively and literally)  by December 1st!! Shame, I just wasn’t in the mood for it though…..

Miss Hap had been staying over at Nanny’s, and when asked if she wanted to come with us, sensibly declined our offer. So Mr Grump and I put on our new matching ‘His n Hers’ waterproof jackets  that he got us(actually they are more like ‘His n His’ jackets as mine is rather large as well as masculine looking, but it keeps the rain out) and  ventured out into the lashing rain!

We got to the town centre and it was quite deserted which was nice (not everyone was as keen to get soaked as we were). The Christmas lights had been turned on Saturday, and it was looking very festive through the rain (It was a big disappointment as most towns get a ‘celebrity’ turning on their lights, we got Postman Pat! I know he is a celebrity in his own right to the under 5’s, but for the rest of us,a bit of a let-down)!  I tried putting my hood up as the rain was getting heavier, but it totally blocked out my vision,(seeing as it was a bit on the massive side). Mr Grump fussed about with it, and sight restored, we headed to some shops further in the town.

After a while  I decided I needed a coffee, and as Mr Grump is back smoking again (busted)! we went to a cafe with tables and chairs outside. I went in to get the drinks and when I came out Mr Grump had bagged a table that had a parasol, so we enjoyed our coffee outside; only getting half soaked, as opposed to completely drenched if there had been no shelter. Suitably refreshed we traipsed off again. Suffice to say, we didn’t end up getting ANY Christmas shopping, I just couldn’t summon up enough motivation, plus I didn’t fancy getting bogged down with loads of bags, which would get soggy with the rain. We did however, get an extension lead, so we have enough space to plug in all the Christmas lights (when we can be bothered to put them up)! See, I AM getting organised.

Mr Grump then wanted to drag me to the Supermarket as of course we needed groceries. He didn’t think it fair for some reason, to drive all the way home, drop me off, then go out again on his own, so I huffily went with him. It was packed in there; obviously it is THE place to be on filthy Sunday morning.It took ages getting what we needed, but finally we went back to the car, and, as is the norm, I got in whilst Mr Grump opened the  boot, ready to unpack the shopping from the trolley…I was cold and crabby, and huddled down in my seat. I happened to glance up, out of the window, and saw Mr Grump haring off! Our trolley nowhere in sight. It must have rolled off whilst he was round the back of the car.

Sure enough, he came back pushing the errant trolley. It was still bucketing down with rain, and poor old Mr Grump was looking a little bedraggled. Well, if anything was going to put a smile on my face, then this was it. My shoulders were shaking as I watched him viciously manhandle the trolley to the back of the car, and start shoving everything in. I cackled as he muttered under his breath, and guffawed as he got in next to me and ranted! That cheered me up! 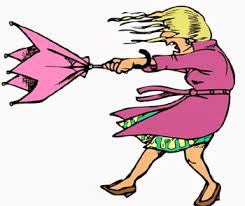 Isn’t it horrid going back to work after a week off?!  It’s back to the early mornings, (I know I’m up early anyway, but at least I didn’t have to BE anywhere  last week),  restricted tea breaks, (this is the killer for me, at home I drink tea all day long) plus eating my lunch at 10am (well, I already had my breakfast at 6am), and then going for hours before dinner. .. (notice how my life revolves around food and drink)?!!

To add insult to injury, I was awake extra early this morning due to hearing a loud ‘BANG’ coming from the direction of the open window. The wind had picked up during the night and coupled with the lashing rain, made for pretty horrendous weather. The feeble roller blind was no match for this rogue weather and it was billowing back and forth in the wind like a yacht in full sail. Unfortunately Mr Grump has a lot of clutter on his windowsill, and the offending noise that woke me up was the sound of his aftershave being cruelly pushed off the precipice by the out-of control blind!

So there I was at 4.30 am wide awake. I slammed the window shut with a flourish, as Mr Grump snored blissfully on, totally undisturbed by any of the noise, and resentfully got myself ready for the day ahead. I woke Mr Grump up at the more reasonable time of 6am,  and chuckled to myself as he started moaning and whining about the foul weather, and how soaked he and the dog were going to get!  Never mind he’s got a waterproof coat, and the dog loves water!

As my car failed it’s MOT and is not roadworthy until the work is completed on it (ongoing saga), Mr Grump and poor old Miss Hap had to take me to work (This went down well with both of them, having been turfed out of bed extra early to accommodate me)!

Work as usual was busy, and of course it took me all of 5 minutes to get back into the swing of things, especially as half of my patients were still there! I have to say that by the end of my shift though I was tired (poor old girl, a bit of running around and I’m knackered)!

As I was leaving the ward I checked my phone and noticed Mr Grump had texted to say he was going to be late picking me up and suggested I go and have a coffee in the canteen. Great, I just wanted to get home, but I dutifully went to the canteen and bought some crisps as well as a drink (well I didn’t know how long he was going to be , and I was starving)!! I waited 15 mins .. no word..I texted him…not ready yet.. my friend who was  working a long day comes down to pharmacy which is through the canteen…”thought you’d gone home,” She was shocked to see me in there (I never hang around usually), “Just waiting for my husband” I smiled…

Ten minutes later she comes back through… “Still here, I will be going on break soon so might see you in a min”  No Way, I thought to myself.. Another 10 mins and FINALLY he phones. At last. I go outside to wait in the car park. It is lashing down with rain.. where is he?  Everyone is lighting up outside the back door where I am standing… I really want a cigarette..My friend from earlier comes out with two others going to the secret staff smoking place (the woods). I wave as they pass me, smiling through gritted teeth..Where the HELL is Mr Grump? When the smokers return from their illicit cigarette, we all try to avoid each other’s eye, me shrugging further into my coat, hood pulled low as we have exhausted all of the pleasantries.

I now phone Mr Grump in a rage, I’ve had enough. I don’t care that he has a job to do, or that he s good enough to come and pick me up from work, and who cares that the bloody traffic is bad because of the grotty weather, and the world and his wife have got their cars out? I am HUNGRY and TIRED, and that is not a good combination, and not only that, it is only Monday!