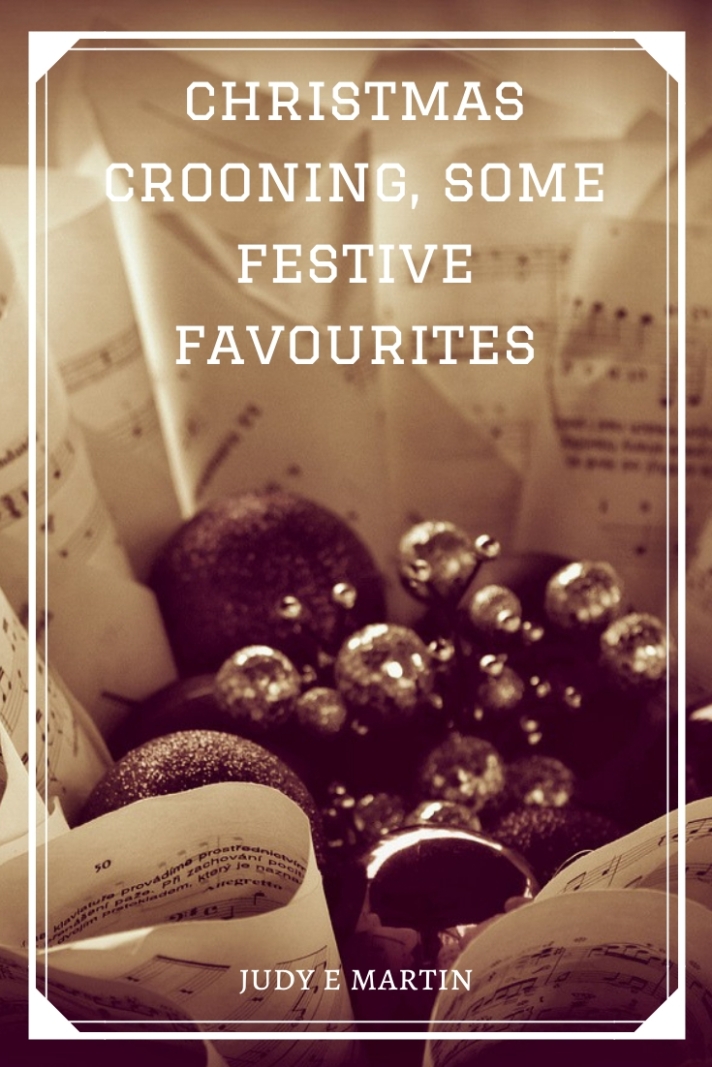 I wrote about how the Christmas Countdown has already started here, and of course, Christmas music plays a massive part in creating the festive atmosphere.

Was it really 1973 that Slade first assaulted our eardrums with “It’s Chriiiiiiiiiisttttmasssssssss”? (Merry Xmas Everybody). Wizzard also came out with their timeless  ‘I Wish it Could Be Christmas Everyday’ the same year. I loved the video, especially when the kids sang their bit at the end. Elton John and Paul McCartney also had a go with their Christmas attempts, although they are not my favourites, and good old Sir Cliff Richard (bless him), trots out a Christmas song almost every year although he has been quiet lately. You have got to love him for trying, and I think he hit the number 1 spot with a couple of them.

Johnny Mathis with his version of ‘When A Child is Born’ always brings a tear to my eye, as does Mud’s ‘Lonely This Christmas’ (despite his dodgy Elvis impersonation).  Boney M’s  ‘Mary’s Boy Child’ however, will have me jigging about as it is so upbeat and cheery. Jonah Lewie’s ‘Stop the Cavalry’ is great too. Shakin’ Stevens singing ‘Merry Christmas Everyone’ reminds me of my great friend Karen and the Christmas back in 1985 when we were both in the Army, and had landed up on duty over the entire Christmas period. (We did manage to have some fun, although the less said about that, the better)!

The other great Christmas songs of the 70s and 80s have got to be Wham’s ‘Last Christmas'(I have to say, that one does get on my nerves a bit now), and John Lennon and Yoko Ono’s ‘Happy Christmas (War is Over).’ My favourite of them all though has got to be the Pogues and Kirsty McCall with ‘Fairytale of New York’. I just love the story of two drunks, scrapping one minute, lovey-dovey the next.

Of course, Christmas songs were around way before then, and many of those are included on the typical festive compilation album that gets dragged out by the shops and offices around mid-November to get us ‘in the Christmas mood’. Everyone loves Nat King Cole singing ‘The Christmas Song’. It can’t fail to bring a warm and rosy glow to your heart. Good old Bing and his ‘White Christmas’, so moving. Then we have the sultry Eartha Kitt with her ‘Santa Baby,’ Ooooh, saucy! I also like ‘Let it Snow’ and ‘Have Yourself a Merry Little Christmas’ for a bit of sentimentality.

The 90’s and 2000’s do not have a lot to offer though in the Christmas song department. The one huge exception, of course, is the dulcet tones of Mariah Carey belting out ‘All I Want For Christmas is you’. Oh, and Destiny’s Child did ‘The Eight Days of Christmas’.Personally, I love the Darkness and their ‘Christmas Time (Don’t Let The Bell’s End),  a catchy song and great video. (Where the hell do they get those leotards?)! Lastly, in this period, I love ‘Stay Now’ by East 17. Not exactly Christmassy lyrics, but add a few bells to the music and a bit of snow to the video and Bingo, a Christmas hit is born!

I also love some of the traditional Christmas carols as well, ‘Silent Night’, ‘O Little Town of Bethlehem’ and ‘Once In Royal David’s City’ to name but a few! These are even better when sung by a children’s choir. I remember taking my daughter to the Christingle service at church when she was about 4, and it was so lovely hearing them singing ‘Away In A Manger’. I was also moved to tears when a primary school choir were singing Christmas carols in the town centre where I live. It just sounds so pure and magical to me.

I know a good many of these songs are re-released every year, or they are on the compilation albums, but it seems we can never get enough of them.